After dropping his monster double album ‘Day of the Guiding Light… Followed by the Shadow’ in 2016, OptiMystic is back to unleash his new beast of an album, ‘Salty Waterz’. A project created entirely out of the desire to produce an album that reminded the passionate hip-hop artist of the music he was influenced by and grew up on. OptiMystic has reached out to some of the finest & legendary emcee’s in the hip-hop culture, so be ready for the likes of underground O.G’s Sticky Fingaz, Fredro Starr & Sonny Seeza (Onyx), M.O.P, Smif-N-Wessun, Rockness Monsta (Heltah Skeltah), Mr Cheeks (Lost Boyz), Cappadonna (Wu-Tang), Afu-Ra, Rampage The Last Boy Scout (Flipmode Squad), Bizzy Bone (Bone Thugs-N- Harmony), Canibus, Chip-Fu (Fu-Schnickens), Wise Intelligent (Poor Righteous Teacher’s), Kali Ranks, U.G. (Cella Dwellas), Mic Handz, Sickflo & many more!

Besides the plethora of fire-spitters present all over the album, you will also hear some outstanding hip-hop production. Australian beat makers Loftwah the BeatSmiff & Rob Shaker (Syllabolix) hold it down with their strong presence throughout the album. But you will also get a few extra flavours from U.G (US) & Endemic Emerald (UK), making this production team of high hip-hop quality. 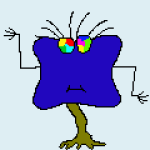 Jaz The Rapper – Bad Boy this Bad Boy That (Freestyle)

The Silent Celeb – Do 4 Love

We doing our thing got two movies coming out #Faun

Tomorrow Night @twosignmilli is having a dope gues

We getting love on social media #bestinternetradio

You may have missed

Move Over U Finished

A New King wears the Krown!