Time & again Jersey has had its hustling, finessing, slick talking and all around stylish musicians. But with a vibe ranging from aggressive to laid back, Dru Diligence (a.k.a. Baby Bishop) puts Central Jerusalem on an “Optimus Prime”, more than meets the eye, pedestal. Dru’s insightful lyricism on millennial progression and above standard beat selection raises the bar for rappers on an international scale. “Everyone is by a nature a certain chess piece, it’s up to them to reflect that in their moves on a daily basis.

I was born a Bishop, knowledgeable of the crown’s pros and cons thru diligent observation. The Baby comes from a bad habit in underestimating myself.

“Being humble doesn’t discount the fact you’re just better than some people.”

Dru’s goal in the rap game is simple; show his versatility and keep good music moving forward. He believes good music transcends whatever genre it’s labeled under whether it’s hip-hop or trap. “I was raised on lyrical legends from Kane (Big Daddy Kane) to Kiss (Jadakiss) by my own discoveries. I never saw a reason why an emcee should not elevate his sound by fusing both witty lyricism and hard trap beats. I can have fun at Club Envy or Starlets just as much as I can talk about how Black America blames White Supremacy for our problems is played out…with solutions to back it.” 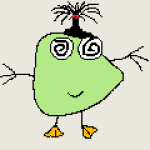 Jaz The Rapper – Bad Boy this Bad Boy That (Freestyle)

The Silent Celeb – Do 4 Love

You may have missed

A New King wears the Krown!